Speed thrills. The ability for a greyhound to express pure, instantaneous speed--- or brilliance, if you prefer--- entails biomechanical aptitudes that are enhanced and enabled by fast twitch muscles, which give the greyhound an astonishing capacity to develop and express "leg speed". That's one of the reasons they are so breathtakingly fast. Leg speed is a component of stride. There is, however, another component to stride, and that would be "rhythmic stride scope".

There are 3 basic types of greyhound stride:

The first is where the greyhound's individual, relative leg speed is greater than his rhythmic scope. What does that mean, you ask? Basically, it means that the dog will have dramatic ability to accelerate quickly, and repeat his stride, because his own leg speed exceeds his own rhythmic stride scope. He will also be able to recover more quickly from jostling or bumping, because his action is more dynamic and simpler, is more immediately at his command. He stays lower to the ground when he runs, and he needs slightly less time to complete each full phase of stride. He is quick and nimble. On a shorter, sharper turn, he has an advantage as well, as he compensates less for the radius and length of the turn, because his stride is a smaller fraction of the distance. He loses less speed to negotiate it. He normally uses more energy early in the race, and there is an inverse and exponential relationship between early energy use and early onset of fatigue---i.e.---faster earlier<>slower later.

The second type of stride is where the greyhound’s individual rhythmic scope of stride is greater than his own leg speed. This means that the dog has a longer stride than he has relative capacity to express leg speed. He likely has a greater percentage of slow twitch muscles than does the opposite type. Greyhounds of this stride type usually require time to develop a rhythmic cadence, and as they achieve more lift during the extended phase of stride, their action is somewhat more complex, and it takes fractionally longer to develop. Greyhounds of this type are not normally able to as quickly recover their rhythm after meeting obstruction or after hard contact, as easily as greyhounds whose stride is more compact and who are more dynamic, who require slightly less time to complete a full phase of stride, and who have less scope and more leg speed. However, they are able to cover more ground with each stride, and they are often capable of protracted periods of high galloping speed, especially on a larger racing oval, where turns are more gradual and longer, where they can sustain their rhythm, and where they have to compensate less for the centrifugal and centripetal forces exerted on their organism by the turn and the act of turning. A greyhound with this type stride characteristic generally uses less energy early in the race, and therefore has more energy, exponentially, to expend later in the racer.

The third type of stride is where a greyhound’s own relative leg speed is about equal to his rhythmic scope. The more of each of these biomechanical aptitudes he possesses in balance, the faster he can run. (see above)

In racing populations or colonies where breeding is almost entirely focused on the expression of early pace, eventually it must become self-limiting. The organism will work against its own capacity to cope with internal and external forces that are created and exerted by the act of galloping and the media used for it.

To maintain a sound racing population, greyhounds of each basic stride type are critical, to achieve a happy medium between leg speed and rhythmic scope, and to breed greyhounds who are capable of a wide range of athletic expression over a variety of distances, and who are sound and durable.
_________________ 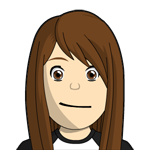